Have your favourite Carshalton Beeches restaurant food delivered to your door with Uber Eats. Whether you want to order breakfast, lunch, dinner or a snack, Uber Eats makes it easy to discover new and nearby places to eat in Carshalton Beeches. Browse lots of food delivery options, place your order and track it minute by minute.

Popular near you
Today’s offers
Rewards for you 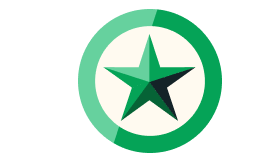 Alcohol Delivery Pm to Am

Beers From All Around The World

The best food in Carshalton Beeches